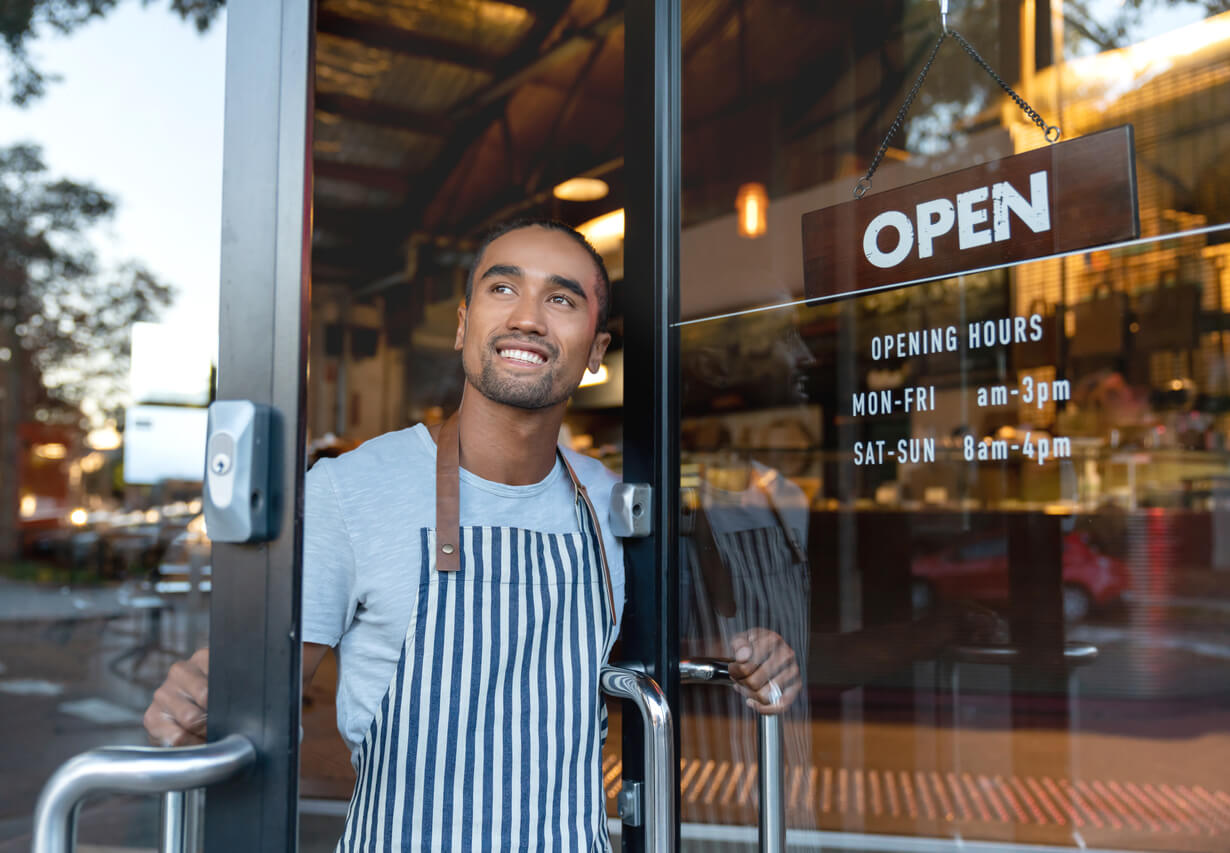 2020 was a tumultuous year for business. The major and lasting effect of repeated lockdowns has been a sustained shift in our shopping habits. Being unable to visit their local high street, customers are instead turning to online stores instead. They’re buying in bulk, perhaps in anticipation of shortages.

Despite the broader economic contraction, 2020 has seen a startling number of new businesses being registered. Covid-related redundancies have given many the push they needed to start up a new venture. And many have been given time to reflect on the direction of their lives, and how that direction might be changed. Companies house data reveals that 85,000 more businesses were created in 2020 than in 2019.

Data from instantprint, one of the country’s foremost banner-printing services, reveals a detailed breakdown of the new ventures. Their data comes from a survey of 1,000 adults, polled in January 2021. They put the retail sales sector as the biggest new field, with more than 22,000 registrations. The next two most popular sectors for start-ups were management consultancy and real estate trading at around 16,000 each, and then freight road transport, which sat at just over 10,000.

It’s clear that this shift would not have been possible just a decade or so ago. New online retailers have an unprecedented array of tools at their disposal. They might use Amazon FBA, eBay, Etsy or Shopify to create bespoke stores, and use social media to effectively market those stores to the customers who are looking for them.

London has been battered by the pandemic in ways that other cities have not. Previous research by instantprint cited the capital as among the worst places to work from home in the country. Plus, there’s been a sustained exodus of skilled workers from the capital, who, being able to do their job remotely, have seen no reason to put up with the higher living costs that come with life in zone 3.

Despite this, the instantprint data puts London at the top of the nationwide table when it comes to new start-ups, with 123,462 new ventures. This beats the closest rival, Birmingham, into a distant second on 11,185.

What about the future?

The signs are strong that the boom in new start-ups isn’t about to go anywhere. The same survey found that around a fifth of adults in the UK (that’s 18%) have ‘firm’ plans to start a business in 2021, and that a further 29% are merely ‘considering it’. Napoleon’s famous (and probably apocryphal) description of Britain as a ‘nation of shopkeepers’ might yet come to prove even truer!