Recently, Samsung has announced its most awaiting smartphone of 2014 the Galaxy S5, which seems to be pretty promising. Within in a month it would reach to the market and now it is the time to talk about if Galaxy S5 is worth buying or not? 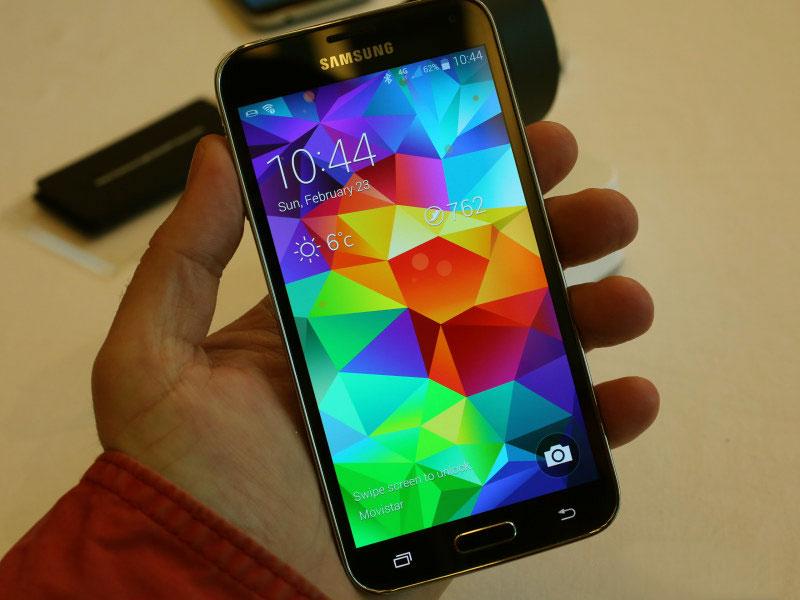 At first glance, the appearance of Galaxy S5 is little changed as compared to its predecessor. But this impression disappears as soon as the two devices are near. If you start from the front panel, then compared with the S4 it is more rounded, thereby closer to Note 3.

Frame around the display at the same time became a bit wider and although it doesn’t not spoil the appearance of the device. The dimensions of the Samsung Galaxy S5 is slightly larger than its predecessor.

The main body material of Galaxy S5 is like all generations of this line is plastic. However, in contrast to the same S4, Samsung made a big step forward in terms of quality of materials. And the front panel of the smartphone is traditionally covered protective with Gorilla Glass, and the rear cover in the S5 is made of soft and soft touch plastic, which is making the unit a pleasure to hold in your hand. 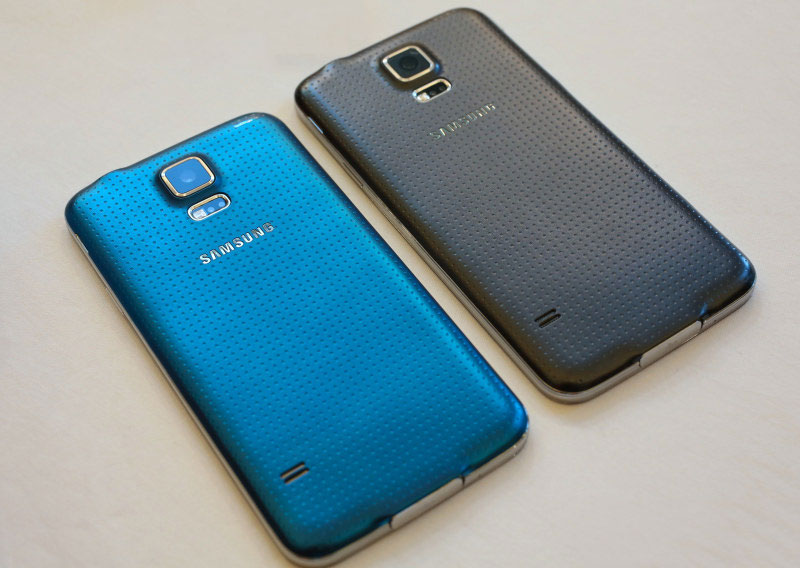 The back of the Samsung Galaxy S5 is removable, even with the dust and waterproof characteristics, Samsung was able to provide users the access to the battery with the ability to replace it. In addition, under the cover are microSIM slots and memory cards microSD.

Location of controls in Galaxy S5 as compared to S4 has not changed; all the keys are in place. On the right side there is the power button. On the left is volume button. On the front panel is the mechanical key “Home”, which is now also integrated with fingerprint scanner.

The sides of the mechanical buttons are touch-sensitive keys, the left, as usual, is responsible for returning the interface to step back. At the top end of the smartphone are an infrared port and a 3.5mm headphone jack. At the bottom is the port microUSB 3.0, covered with a protective cap.

On the back of the Samsung Galaxy S5 can be found 16 MP camera module, as well as niche with flash and heart rate monitor. Overall, the design of Galaxy S5 in photographs is not impressive, but in real life looks pretty.

Samsung Galaxy S5 has a display of size 5.1 inches at a resolution of 1920×1080 pixels. Density of its 5.1 inches display is 432 pixels per inch and it is enough for comfortable reading texts. Super AMOLED is already one of the best solutions in the market and the phone is using it. Accordingly, the viewing angles are pretty good and display also has great color rendition but depends on the selected display mode.

At the core level of Samsung Galaxy S5, is a system-on-chip Exynos 5 Octa 5422, built under the scheme big.LITTLE. It includes four core Cortex A15, which can operate at frequencies up to 2.1 GHz, as well as quad-core Cortex A7 with up to 1.5 GHz. For processing graphics there is a chip Mali-T628 MP6 with support for OpenGL ES 3.0. And this phone has 2GB RAM but expectations were in favor of atleast 3GB RAM.

In the test AnTuTu, not even with the final version of the firmware, Galaxy S5 gaining over 37 thousand points, which are more than the Note 3 and Galaxy S4 respectively.

Samsung Galaxy S5 fingerprint scanner works without any problem. Scanner works subjectively faster than iPhone 5S. Accordingly, if you use this function to unlock the screen, then doing with one hand it is not very convenient.

The pulse sensor is located directly under the camera lens of Samsung Galaxy S5, which let you know your heart rate, just attaching a finger. Most convenient way to do this is with index finger. Sensor accuracy is surprisingly high.

This sensor monitors your heart rate during exercise. Sensor data can be accessed with S Health app, hope Samsung will open it for other programs.

In Samsung Galaxy S5 there is all new 16MP module and it takes great shots easy. Also the video recording is pretty good and better than younger brother S4.

Samsung has not radically changed the design of the new flagship Galaxy, maintaining continuity in it, someone will like it, and someone will be upset. As for content, here Samsung just breaks away, the feeling that the company has decided to equip S5 with all possible features. But so far, heart rate monitor and finger scanner look promising thing. In general, Samsung Galaxy S5 has the latest technology in it and just wait and watch story would be better and interesting. I am personally excited about this phone to be out in the market. Also, Galaxy S5 has not the market and now the rumors regarding the Samsung next beast Galaxy S6 are hitting the web. Also, it is expected other brands are also trying hard to bring the best of out of them and expected smartphones that might give head on competition are LG G3 and Sony Xperia Z3.