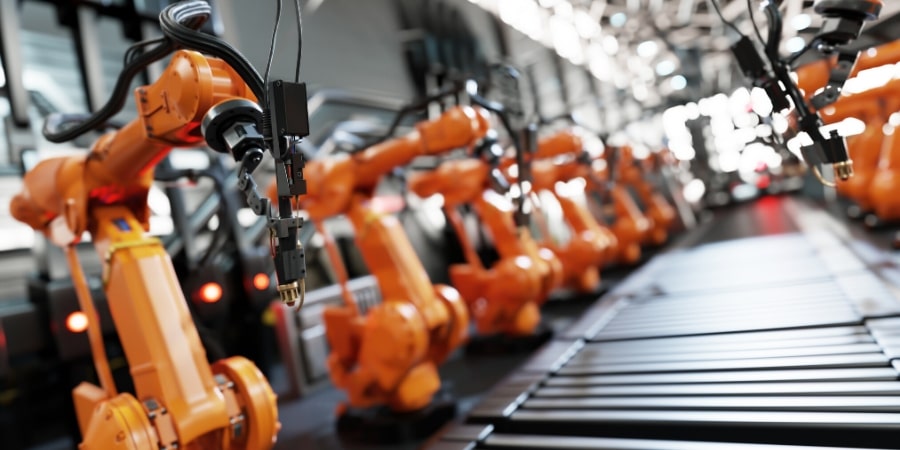 The world of science fiction has long become a science fact.

The ever-steady development of technology that can be used in a number of fields has resulted in several solutions for industry-wide problems being developed and implemented. No longer do we have to rely on ineffective, error-riddled processes to keep our businesses chugging along, and no longer do we need to accept the inevitability of human error in each facet of our company’s operations.

With the fourth technological revolution bringing about the advent of developments in Big Data, robotics, and other related fields, it’s no wonder that these life-altering technologies can bring businesses that invest in the new solutions to age-old problems.

In a time where workers are notoriously scarce, and a pandemic makes it necessary for businesses to pad their bottom line, automation can provide businesses that invest in cutting-edge technologies with an advantage over their floundering contemporaries.

Even amidst the pandemic, tech companies have been working tirelessly to provide other industries with top-of-the-line automation, from producing a new adhesive-dispensing device to help manufacturers do their jobs more efficiently to improving production line processes.

The fact is, if you’ve been struggling with a persistent problem in your industry, there’s likely an automated solution. And while you may be reluctant to invest in automation, as the price point on cutting-edge tech may prove a stumbling block at first, there are a number of benefits to doing so that may outweigh your reluctance.

For your consideration, here are some (not all) of the reasons why you may want to invest in automation.

Whether the process in question is part and product assembly or entering data into spreadsheets, humans are known for consistently producing unreliable results. Our tendency is to make mistakes of all kinds, and whether the culprit in question is a lack of training, a lack of effort, or just an act of God itself, the result is the same: slowed production.

While machines can malfunction, they make fewer mistakes on average than their human counterparts, meaning higher-speed, more efficient production overall. This effect is actually the number one reason why so many companies are investing in automation right now: though, the labor shortage adds an extra dimension to this argument. If you can’t find someone willing to take over a low-paying job that a robot could do, why not simply automate that process? You may find that you’re able to produce more in less time than you ever could with a human worker: moreover, you’ll find you save quite a bit over time, as you don’t have to pay a robot to do their job.

Yes, you heard that right. While there seems to be a myth circulating the press about workers not appreciating investments in automation, employees actually prefer not having to do repetitive, potentially dangerous tasks themselves: instead of trying to apply hot adhesive yourself or standing at the end of an assembly line putting together the same parts all day, why not let a robot do it?

Automating certain tasks has been shown to increase productivity among workers, as they’re given fresh work that they can use their talents for instead of repetitive, humdrum jobs.

The best applications of automation are not meant to replace workers but to augment the work of existing workers and free people up for more important jobs. As such, while not replacing the work of data scientists and analysts, choosing to automate certain processes can have the added benefit of making it easier for you to track and interpret relevant data. The software involved with certain kinds of automation collects data on the process it’s performing automatically, constantly analyzing it and breaking it down to see if there’s room for improvement: you can read that, see how your automated processes are doing, and gain more insight into your business than ever before.

No matter what industry your company operates in, there’s surely a piece of tech out there right now that will make your life easier. Take a look at the cutting-edge technological solutions in your field, and you may find that, though these machines usually require a hefty investment, they’ll pay for themselves in no time, increasing your production, your company’s efficiency, and your profits.