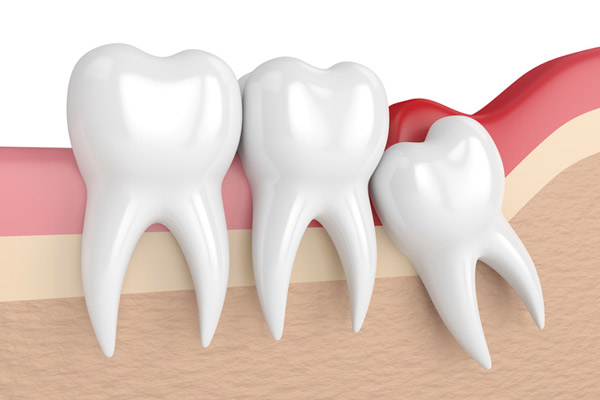 You’ve probably heard of this thing called “bad habits,” right? Of course, because everybody has them. Bad habits are behaviors we demonstrate that are either not good for ourselves or not good for others. Regardless of where those bad habits are directed, the thing about bad habits is that they can be very hard to break sometimes.

When you think of bad habits, they’re always bad, right? Could there be such thing as a good bad habit? Like loving too hard or working too hard? Those sound good at first but if you dig a little deeper into those, they could negatively affect your life and the people around you, so it’s pretty safe to say that there really isn’t such thing as good bad habits.

Some common habits that people would consider as bad are things like interrupting someone when they’re speaking or coping with stress by way of tobacco or alcohol but do you know one of the areas that gets the biggest blow of our bad habits? It’s our teeth. You may not even realize it but you probably harm your teeth every day with the bad habits you have.

You’re probably thinking “But I brush and floss every day, twice a day”… well, that’s great, keep doing that but you could still be doing damage to your teeth and not even realize how it’s impacting your overall oral health.

When to Draw the Line

Yes, it’s hard to break bad habits but when those bad habits start to affect your dental health, that’s when it’s time to draw the line and start making efforts to break those bad habits. Not doing so can lead to a world of pain and multiple trips to the dentist’s office. That should be motivation enough to make efforts to end those habits… if you don’t at least try to stop those habits, you’re going to need to find a dentist with affordable services because you’re going to be making multiple dentist visits and you don’t want to break the bank!

Crunching on ice is another bad oral habit that has the potential for chipping your tooth but it also has the potential to cause more damage than that. Did you know that crunching on ice can damage any other dental work you’ve have done in the past? If you have crowns or fillings, crunching ice can knock those right out, leaving you to get that dental work done again.

The want or need to crunch on ice is said to be a symptom of anemia. Anemia is a shortage of red blood cells carrying oxygen throughout the body. One of the causes of anemia could be due to folic acid deficiency. If you’re crunching on ice and think it could be due to anemia, consult with your doctor about taking folic acid. This could not only take away your craving of crunching ice but it could also get treatment for the underlying factor of why you’re crunching on ice.

Using Your Teeth to Open Things

Your teeth are tools but not tools to open everyday items… they’re tools to chew food with. So often we use our teeth to twist the top off of a soda bottle or to bite plastic tags off of clothing… our teeth aren’t made for that. You’re putting yourself at risk of damaging your jaw and potentially swallowing and choking on something that shouldn’t have been in your mouth in the first place.

Ask for help. 9 times out of ten, the only reason you’re using your teeth to open something, it’s to open some sort of bottle. If you can get it open, ask someone to open it for you or just run hot water over it to loosen the lid… it’s as simple as that.

Biting Your Nails and Biting the Dead Skin Around Your Nail

Okay, so nail-biting and biting the dead skin near your cuticles is something everyone has been guilty at some point or another. The difference in damage is if you do it unknowingly as a habit or if you only do it on occasion when it hurts and you’re not near fingernail clippers.

Ideally, if your nails need to be cut, you need to use fingernail clippers… that’s what they’re made to do. People typically bite their nails when they’re nervous not knowing the risks of them chipping their teeth or damaging their jaw.

First and foremost, biting your nails has to be the nastiest habit on Earth. Do you realize how many things you touch on a daily basis? Of course, you don’t and on top of that, you probably don’t wash your hands before biting your nails so you won’t be biting into the germs you’ve touched throughout the day…

Nonetheless, if you want to stop biting your nails, try painting your fingernails. Most fingernail polishes are bitter tasting anyway so biting into that bitter taste will make you stop immediately. Also, as soon as you see your nails starting to grow, clip them with fingernail clippers, so you won’t have anything to bite.