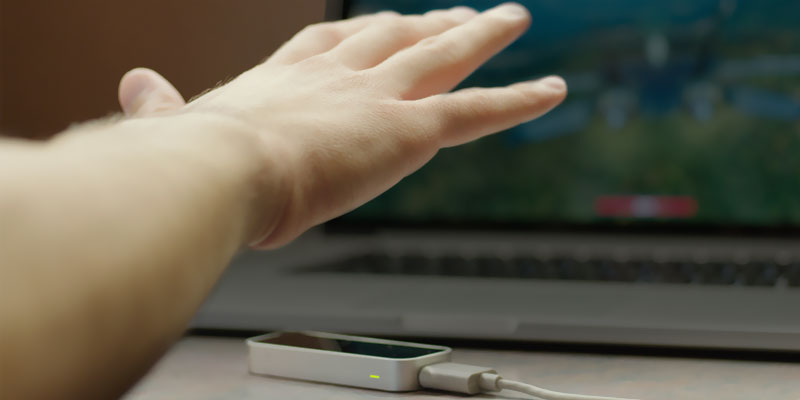 Gesture Recognition Technology (GRT) is one of those things that does exactly what it says on the tin – it’s technology that works using mathematical algorithms to recognise the patterns in facial or hand gestures and respond accordingly. The buying public is probably most familiar with its gaming from Xbox were one of the first to bring GRT into our homes, while the Wii is probably the granddaddy of all consumer GRT goods.

But GRT is much more than just a neat way to get all up close and personal with Call of Duty, or put household ornaments at extreme risk during an over-enthusiastic game of Wii Tennis. And it could potentially revolutionise how we interact with our laptops, tablets and smartphones by using another type of cutting edge technology; flexible screens.

Recently, R&D pioneers Plastic Logic in partnership with ISORG have been exploring just what’s possible with GRT and flexible screen technology. Using their flexible sensors that are only a fraction of a millimetre thick and weigh only 2.7grams, Plastic Logic and ISORG have been pushing the boundaries of digital image sensing. Their demonstration of the new tech at the Berlin Printed Electronics show resulted in the partners being awarded the IDTechEx Product Development Award and the admiration of the entire industry.

Why? Well, because of the potential it represents in changing how we interact with our tech. Potential markets include smart packaging and mobile commerce, but it could also mean that conventional interaction gateways such as keyboards, the mouse and yes, even touchscreens could be rendered redundant in short order. Speaking about the award, CEO of Plastic Logic Indro Mukerjee said:

This award confirms the real excitement and focus on technology breakthroughs to enable new ways to interact with consumer and industrial electronics devices. It nicely underpins our discussions with leading companies to enable them to develop volume applications.

Winning the Public Over

But will the public warm to GRT, when they’ve only just become used to swishing, swiping and poking at their shiny new touchscreens? Are those who champion the new, ‘post-tactile’ revolution reading the market correctly, or is this an over-optimistic assessment of how what can be a very fickle consumer base will react? It all depends on what GRT really brings to the table, and if it can lure us away from poking, prodding and generally spending a disproportionate amount of our time getting all touchy-feely with our devices.

Is there really any advantage to generating the same results but by waving at your device, rather than touching it? Or will that take some of the user experience away from us? Human beings are very tactile-led creatures. We like to physically interact with our surroundings, and that includes our tech. While GRT may offer some technological advances that could transform the way our devices are created in the first place, one important factor that manufacturers need to take into account before they jump on the post-tactile bandwagon is if the public really want this technology in their mobile devices. It’s certainly worked well in the entertainment sector, and GRT gaming is now hugely popular. But does it have any real relevance to other aspects of our lives?

It’ll be interesting to see how manufacturers take the astonishing technology developed by companies like Plastic Logic and ISORG, and interpret it into consumer tech that the buying public actually want, can relate to, and ultimately need. In the meantime, though, touchscreen technology isn’t going anywhere, and will fight its corner against GRT to the bitter end. Which tech emerges victorious remains to be seen.