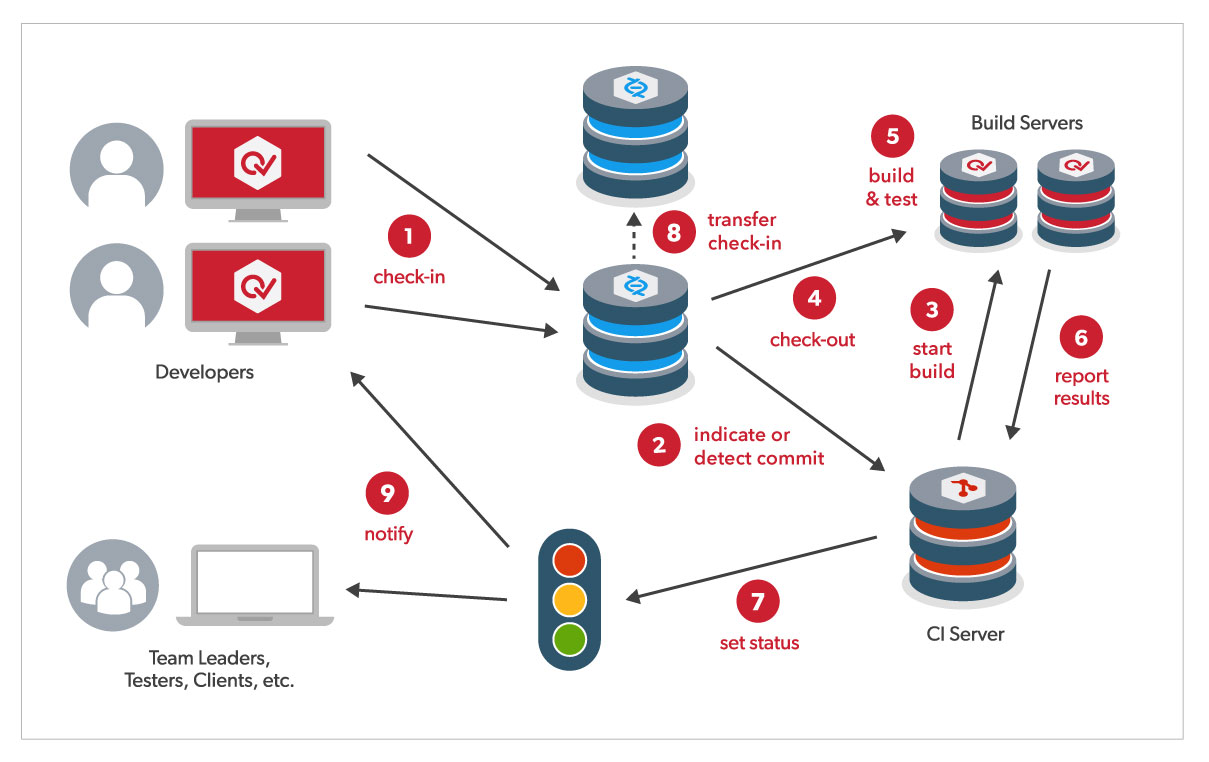 Continuous integration (CI) is the latest buzzword in the software development industry these days. The technique, when applied to app development, leads to faster deployment and less waiting time for customers.

To build and deploy software faster, software developers and IT managers need to get down to brass tacks and think about the factors that cause delays. One factor that takes a lot of development time is debugging.

CI accelerates the process of identifying problems in the codes that ‘break the build.’ The technique is particularly valuable when a team grows. Automating the debugging process results in an improved workflow and better deployment.

Application of CI in App Development

CI automates the process of building and testing applications. Implementing the DevOps technique reduces the time spent on debugging codes.

Without continuous integration, detecting errors when a large number of team members are involved is like excavating an archeological site with a small spoon. A lot of time is consumed in piecing together a different set of codes and looking for bugs and glitches.

With CI, the time taken to identify and eliminate bugs that cause crashes and other problems is easily reduced. The changes in codes are analyzed by a CI platform that looks for errors.

An error flag is raised in case the code does not pass the test. A quality assurance analyst will look at the problem and make the required changes.

In case the new codes pass the test, changes are implemented automatically. CI simplifies the process of building and debugging codes. It helps developers in quickly releasing an updated version of the app.

CI consists of five stages that are depicted in the chart below.

Coding is the first stage of a CI project. The code is the backbone of the process. This code is written by the team during the development stages. The process is continued throughout the software development lifecycle.

The development team writes codes for different components of the CI. The coding is done to automate the process of testing and debugging. The goal here is to minimize the number of manual steps that must be taken to identify errors in the codes.

The second stage of CI is the build process. At this stage, you not just create the app but also make any incremental changes whenever required.

Multiple team members work individually and then add the changes to a CI server. The platform will compile the codes using the built-in automated rules. An output URL is created after all the codes are combined.

The third stage of the CI development process is the test stage. At this stage, the compiled codes are tested to find errors. The platform will assess how the app performs when the changes are made to the app code.

The CI software will generate a report that shows how the app is performing. The report will also contain different analytics to know the performance of the code.

The testing process is done automatically. However, a quality assurance analyst is sometimes present to double check that the recommended changes are acceptable. The platform will make the testing process simple and less time-consuming.

With the CI platform, there are likely to be far fewer errors when the individual codes are combined. The system will sort out the problems before generating the output.

Once the testing is done and the changes are incorporated, the software team can make the code ready for deployment.

During this process, the technical team will create a report about the changes to the system. The report will help the end user know the exact changes in the new release of the app.

The software is deployed at this stage and sent to the customers. Before deployment, a quality tester will run the app to ensure that it functions without any problem. In case any problems in the functionality of the app are detected, the app will again go through the above stages until it performs according to the exact specifications.

A CI platform speeds up the app development process. The great thing about the platform is that changes are incorporated quickly with minimum errors. The system will skim through the codes with a fine-tooth comb.

The codes are checked once individual team members append changes to the master code. Any errors are immediately flagged by the system. The end result is an optimized code that executes without any issues. This results in quicker and more efficient deployment.