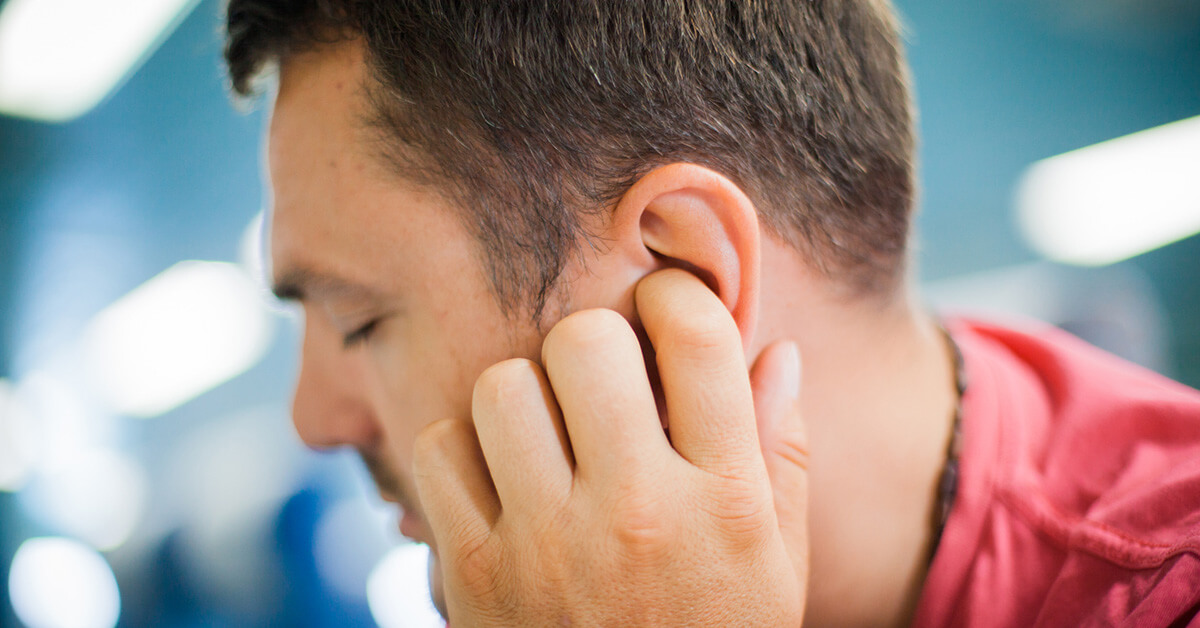 If someone told you that they could hear music in their ears while stimulated by absolutely no melodies in the real world, you might think it to be cool. It’s like you always have your very own, private party. If that’s what you would think about it, though, then it means that you haven’t actually thought about it seriously and that you haven’t taken into account how scary this can be for most people, especially when they become aware of it for the first time.

To put things simply, it’s highly unlikely that you would be amused if something like that happened to you. The fact that you have found your way here tells me that it has either happened to you already or to a person in your circle of family and friends. That further means that you must have realized the seriousness of the situation and that it has stopped being “cool” and amusing. Not that it ever was cool and amusing, though.

The point is that you have become interested in learning why this happens, as well as what it is that you can do about it if there’s anything you can do at all. Well, before I get to some more detailed explanations, let me put your mind at ease right away. This is called musical ear syndrome and even though it might be scary at first, it is definitely not a serious health threat. The best part is, you can treat it. Yet, we will get to that later.

What is musical ear syndrome?

In case you have heard of tinnitus already, then you won’t have troubles understanding the musical ear syndrome, or MES in short. Tinnitus is basically the perception of sounds and noises when there are no external sources to stimulate those sounds and noises. It is often caused by certain conditions that require medical attention, but the good thing is that it definitely doesn’t pose a serious threat to your overall health. This, however, doesn’t meant that you should leave it untreated, since it can be pretty annoying and frustrating for some individuals.

Most usually, people that have tinnitus hear a ringing noise in their ears. Sometimes, though, the sounds can be a bit different. I assume that you can guess what I am hinting at with this, so let me cut to the chase right away. The ringing noises can sometimes turn into music, thus leading to the development of the musical ear syndrome.

As it is becoming perfectly clear to everyone, MES is a form of tinnitus that is manifested as an auditory hallucination. While the word “hallucination” can get you worried and while I understand that, let me assure you that there’s no reason to get that concerned since these certainly aren’t caused by any psychiatric issues. Yet, when it happens in elderly people, some might confuse it with dementia, which is certainly wrong.

Some scientists believe that this condition is actually a variation of the Charles Bonnet syndrome, i.e. a condition in which visually impaired persons start experiencing visual hallucinations. That would lead us to a simple conclusion that auditory hallucinations are caused by hearing impairments. Yet, before we get to the causes, let us first check out how this condition is specifically manifested so that you can learn how to recognize it both in you and in the people around you.

As already explained, people with MES experience auditory hallucinations. Those are usually manifested as songs or instrumentals that you will keep hearing even though no music is playing around you. Keep in mind that this shouldn’t be confused with those situations in which a certain song gets stuck in your brain and you cannot get it out. MES is a more realistic experience in which you actually hear the music in your ears instead of playing it in your head.

How is it caused?

Now that you understand what MES is and how it manifests, it’s time to take a look at what causes it. The condition is most commonly seen in older people who suffer from a certain type of hearing impairment. This, however, doesn’t mean that the elderly are the only ones who can experience it. In simple words, it can affect anyone with a hearing loss problem, which brings us to the conclusion that hearing impairments are the number one cause of the musical ear syndrome.

Keep in mind, though, that this isn’t a clear rule that’s set in stone. In other words, not every single person suffering from one type of hearing loss or another will develop MES. In fact, statistics show that only around 2% of people with hearing impairments actually experience the musical ear syndrome, which is also called musical tinnitus. Yet, we cannot deny the fact that hearing impairments are the primary causes of the problem.

If you are like most people, then you are probably curious about why this happens in the first place. The fact that it’s not a general rule and that it doesn’t affect everyone who loses their hearing, MES has become a real mystery. There is, however, a scientific explanation for why it happens, so let me make that clear for you.

Here’s a nice and short summary of the problem: https://www.ncbi.nlm.nih.gov/pmc/articles/PMC5353248/.

Let me put things simply here. Your brain is used to getting sensory, including auditory, stimulations from the outside world. This is how it collects information to help you comprehend that same world. Yet, when your hearing gets impaired and when your brain isn’t properly stimulated in that regard, it is basically not read to just give up the sense without a fight, so to speak. That’s why it continues to seek input from the outside world.

Since it can get very little, or sometimes nothing, in return, your brain will resort to another option. In few words, it will start filling the gaps by using the knowledge that it already has of the world. When MES is in question, it simply means that your brain has chosen to fill in those blanks with music. That’s why you will always hear songs and instrumentals that you have already heard in the past and that are familiar to you.

Now, there is one more thing that you should know. Apart from being caused by hearing loss, MES can sometimes be caused by certain other medical issues such as dementia, Alzheimer’s, epilepsy and similar. Yet, hearing impairments remain to be the number one cause of this problem, meaning that the treatment process is usually connected to it.

Can it be treated?

Speaking of the treatment process, there’s no doubt in my mind that you are curious about it and that you want to learn right away whether this condition can actually be treated or not. Well, let’s just say that this depends on the underlying problems that are causing MES. In general, though, this syndrome can be treated, especially if it is caused by a hearing impairment. Before you visit a hearing specialist, however, here’s what else you should know.

First things first, your brain can be trained to ignore these musical sounds, especially if they aren’t that persistent and if they don’t happen very often. Of course, this means that you’ll need to go through an unpleasant process in the beginning, since ignoring MES can be difficult at first. Yet, you can get better at it over time until you train your brain too completely ignore the sounds in your ears. Distractions can help you go through that training process successfully.

That, however, isn’t the only way to treat musical ear syndrome, and it’s time for you to learn about the others. First of all, there are certain medications that can be given to patients in order to help them get rid of the music that’s playing in their ears. Then, there is also cognitive behavioral therapy which can actually help you learn how to ignore those sounds as explained above, so if that’s what you are going for, then CBT could be the answer for you.

Apart from all that, since hearing impairments are the most common cause of this problem, it means that treating those impairments can be the solution to it. Most likely, your hearing specialists will recommend hearing aids that will improve this specific sense for you and thus help you get rid of the music that’s playing in your ears. Hearing aids are most certainly a solution that you should take into account.

Whatever the cause may be, your first step upon hearing music in your ears should be to visit a hearing specialist. This expert will tell you whether you have hearing issues and whether that’s the cause of your musical tinnitus. Then, they’ll also recommend you a few solutions and tell you if you need to visit certain other medical experts. The bottom line is that the condition is treatable and that you should have it checked out if you start experiencing it.