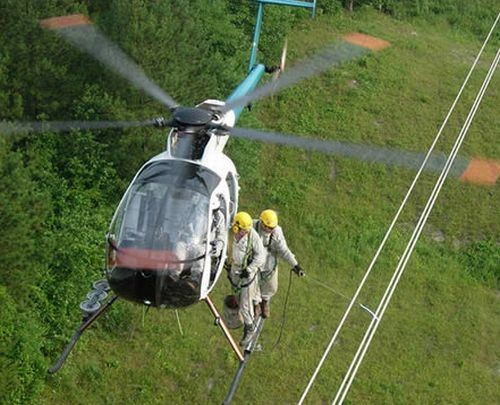 There are some occupations that can not only ruin your health, but take away your life…

What professionals work at the risk of their health?

In some cases the work can not only provide a sense of moral satisfaction and financial independence, but can also subject the human health and life to immediate danger.

Therefore, in your job search, Jobtonic.in advises necessarily to pay attention and take into account the risk of accidents, occupational diseases, injuries, and other negative factors associated with the work on the chosen specialty.

Among civilian occupations the most dangerous profession is considered to be a miner. Few of us know what it is like to hold the heavy machine in the hands and drill the rocks at a depth of 1000 meters. The equipment in the mine is often obsolete, the safety (albeit at a constant check) measures are much to be desired. So, often we hear about accidents that took the lives of people.

This is particularly true about coal mines, the hugest accident in the world occurred in China. In April 1942 during the explosion of coal dust in the mine “Hinkeyko” 1572 people were killed. Ukraine, along with China and Russia is in the lead in terms of mortality rates in the industry.

To date, the profession of a journalist is also considered a dangerous one. In pursuit of sensational information the representatives of the profession sometimes are ready to commit crazy things facing all sorts of troubles. Correspondents may be killed during the reportage in the hot spot, some workers of the press and television hold their own investigation of some sensational cases. And they often end sadly.

According to many polls, the most dangerous professions are firefighters, rescue workers, police officers. These people sometimes prevent the death of others at the cost of their own lives. Electricians, mechanics, air conditioning installers, welders, plasterers, builders can hardly boast a calm and relaxing pastime in the workplace.

But injuries appear most likely with industrial workers and health care workers. The most dangerous for health work is in the sugar mills, in the car factories that produce trucks, and in foundries.

In India the top most risky occupations include a pilot or flight engineer, civil aviation, builder, working with steel structures, scavenger, employee of the recycling companies, electrician, the transmission network engineer, the driver of heavy trucks, agricultural laborer.

Here everything is clear. These are difficult male professions, and it would seem much easier to be an ordinary cleaner. But here it is not so easy as it seems at first glance. Studies show that such work can also be dangerous to your health – about a quarter of cases with people who are professionally engaged in cleaning has a certaing form of asthma and bronchitis as a result of constant exposure to dust and household cleaning products.

Many believe that still the most dangerous profession is the profession of the state leader – the monarch, the president or the prime minister. These people are often the victims of murderers. Russian Emperor Nicholas II, US President John F. Kennedy and William McKinley, the Prime Minister of Congo – Patrice Lumumba, the King of Portugal, Carlos I, King of Afghanistan -Mohammed Nadir Shah, Swedish Prime Minister – Olof Palme, Prime Minister – Indira Gandhi – this is far not a complete list of statesmen of the twentieth century who were killed.

In any case, whoever you are, the president, a miner, a reporter, or simply an office worker caution and safety standards will help avoid accidents, both at work and at play.