Tata Bolt vs Maruti Celerio: Battle Between the Novices

The hatchback segment is seeing a number of new launches recently. When the country’s favourite automaker Maruti brought out the new Celerio hatchback, the domestic automaker Tata Motors has answered back by bringing out the new Bolt hatch. Both the cars were first unveiled at the Delhi Auto Expo 2014 and were equally scintillating there. While the Celerio is already selling in good numbers for the petrol and CNG variants, a new diesel model is soon expected in the market. Tata is offering Bolt in both petrol and diesel variants.

The best looking hatchback ever made by Tata is the Bolt which gets a floating roof, sharp headlamps, huge grille, crease lines along the body and sporty tail lamps. The Celerio comparatively looks simple but its smiley-shaped front façade bordered by slanting headlights is quite catchy. Bolt is surely more attractive, but the Celerio is not any less pleasing to the eyes. 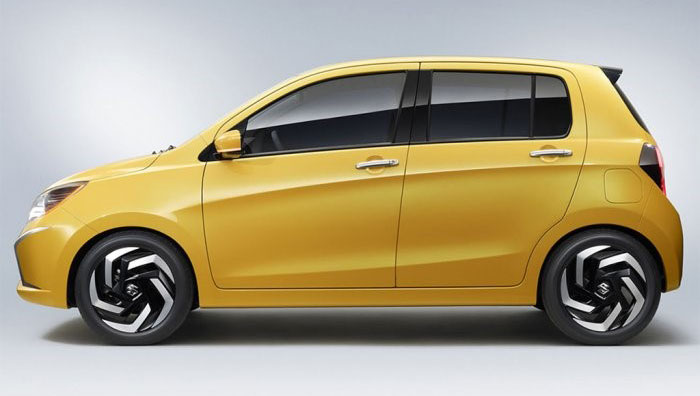 Both hatchbacks can house 5 adults comfortably. Both looks almost similar in size from outside, but Tata Bolt gets a more spacious cabin with ample legroom and headroom. This is compensated by a large boot of 235 litres in the Celerio which is only 210 litres in the Bolt. Both the cars are equipped with good quality plastics, equipment and fabric, but then again Bolt lends in a more premium and upmarket feel.

Tata Bolt comes in four petrol and three diesel variants. The 1.2 litre REVOTRON petrol unit is capable of delivering a peak power output of 85 PS along with a maximum torque of 140 Nm, while the 1.3 litre Multijet VGT diesel version will churn out a maximum power of 75 bhp with 190 Nm torque. Both the engines are powered by a five speed manual transmission gear box.

Maruti offers Celerio only with petrol engines. It gets a 998 cc 1 litre K-Series 3 cylinder engine that churns out a maximum power output of 68 bhp and torque of 90 Nm. The best part here is the advanced automated manual transmission. This is the first effort by any car manufacturer to give equal prominence to automatic shift vehicles.

The mileage yielded is almost same in a Celerio petrol and Bolt diesel at around 23 kmpl on highways.  Both cars get ABS, EBD, dual airbags, child locks etc. but Bolt gets additional safety features like EPAS with ‘Active Return’ function, speed-sensitive power steering, cornering stability feature and dual path suspension system. The greatest attraction of the Celerio is its automated transmission, but then it does not have a diesel engine, and this is where Tata Bolt outsmarts the Maruti car. It would be interesting to watch the competition between these two.