Happy 50th Birthday Precision! The big 50! We are proud to say we have been serving the print industry since 1966. 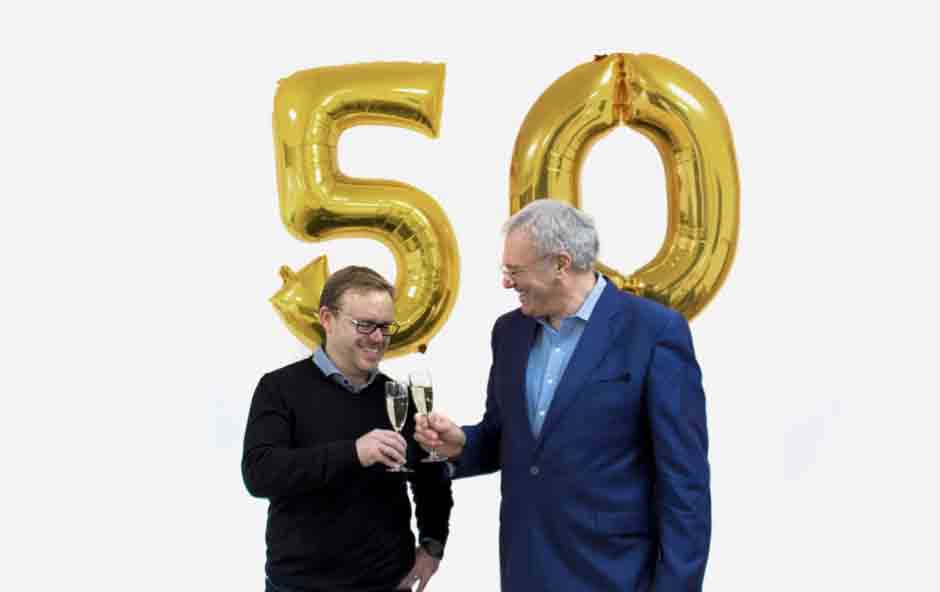 The company planted its roots in Central Street, London, thanks to a young man named Clive Cooper. At the age of 20, Clive dreamed of starting a print shop and, in 1966 when he had an opportunity to acquire and re-brand an existing printers, he did just that! Precision Printing was born and thus our legacy began.

Clive’s stepson, CEO Gary Peeling has played an intrinsic role in the company’s success. His willingness to evolve and adapt to every technological change and demand that has come along has made Precision the success it is today. The other reason for our ongoing success is that we put the customer and their best interests first, so their problems become our opportunities. 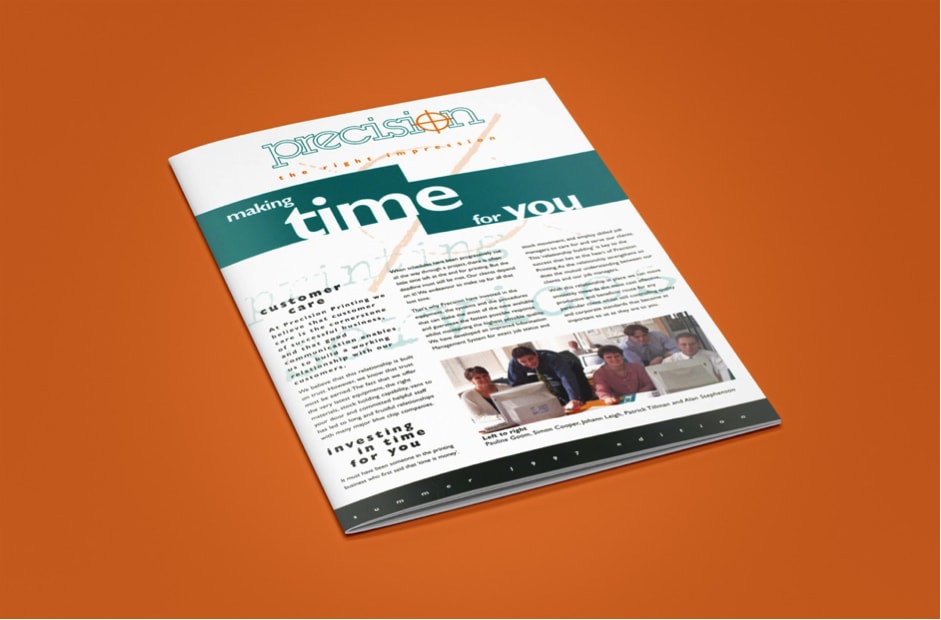 Fifty years in business has saw multiple changes in printing, technologies and graphic design. It would be fair to say they have all evolved over the years. 1966 was the era of the letterpress, letters and short runs. The 70s and 80s were for producing general business stationery, stitched books, long runs and GTOs, rather than the more elaborate products of today like lay flat books. Stationery was produced in mass and often stored in stock. 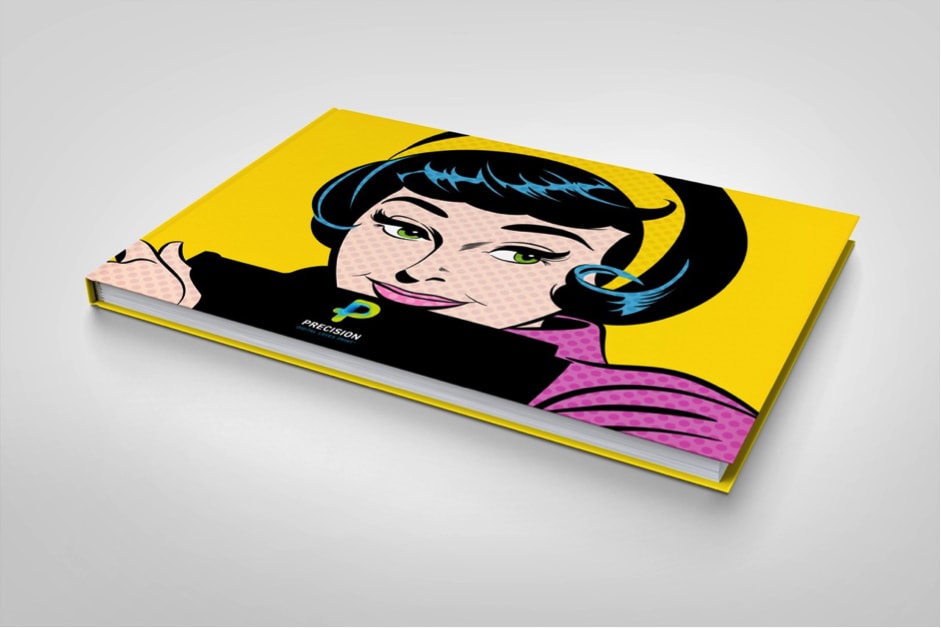 “Now the printing business is digitally-driven and, when once we had a typesetter or compositor, we now have a software development department and the business is entirely run from a digital front-end, so it’s been a huge transition.

“When we first started, you’d be lucky to have an estimate in three days. We now print and ship same-day up to 50,000 orders a day in the on-demand space, so there’s been a huge transformation.” 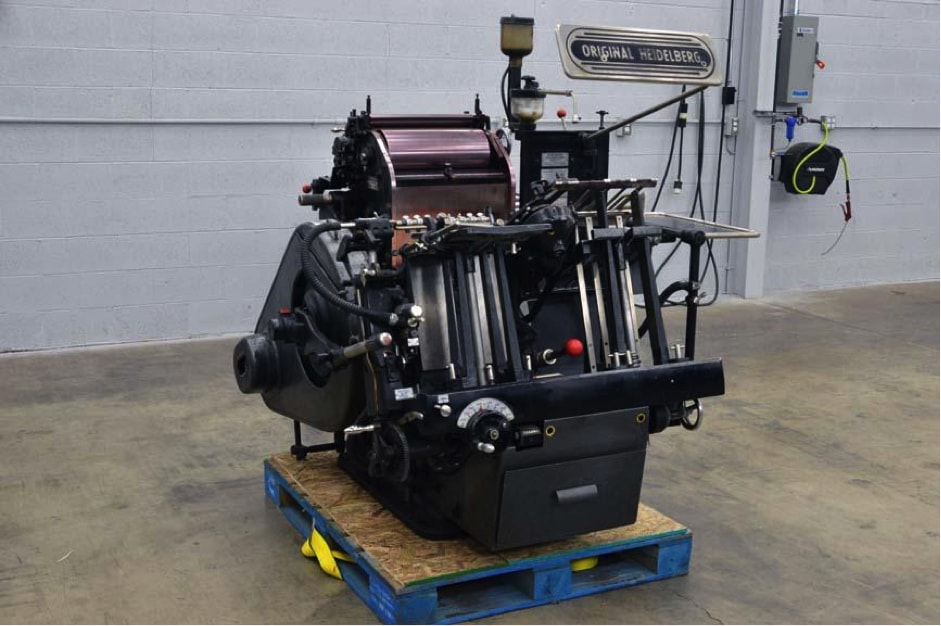 With further developments in technologies, especially short run digital press, long runs are no longer required as print-on-demand is more economical all-round. Business cards were generally artworked proofed, proofed again and finally sent to print with a window of normally two weeks to turn around. Today these are turned around same day with the customer more often than not placing their own order online, so no artworker at all is involved.

Thank You to Our Clients

American Express – a company that needs no fancy introduction to receive the recognition it deserves. Of course, we were delighted when the world’s largest card provider turned to Precision for physical printed media in order to make a big impression on small businesses in the high street. As engagement soared, the results were startling, so much so, that we have run the campaign for the last four years.

Not only that, but an opportunity from a theatre agency gave us the chance to get print marketing the recognition it so rightly deserves. There are now so many shows that people can go to, so the agency wanted to market the play to group ticket sales agencies in a way that would really stand out. They settled on the idea of a golden ticket campaign, just like the golden tickets in Roald Dahl’s Charlie and the Chocolate Factory.

How Does Precision Plan to Grow?

With a number of challenges to face, and ever-growing competitors, Precision Printing, just like any other company can’t afford to stand still in a highly competitive environment like the print industry.

It’s important that we are always looking for new ways to move forward and stand out from our competitors hence Precision’s drive with Where the Trade Buys, our online print solution for trade printers. Where the Trade Buys is our fastest-growing revenue stream, growing by 80% in 2016.

The root of Precision will also relocate from our East London operations 3,300sqm Barking site to larger 5,110sqm premises three miles down the road. The relocation will make room for a new packing and mailing service and a whole new level of technology.

However, no matter the challenges we face, and despite a new relocations, Precision will never forget our roots nor overlook what has been the key to our continued success – our staff, customers and continued commitment to delivering exceptional customer service and quality products. commitment to the highest standards of quality and aftercare remain our number one priority. We remain passionate about providing print solutions that work for our customers.