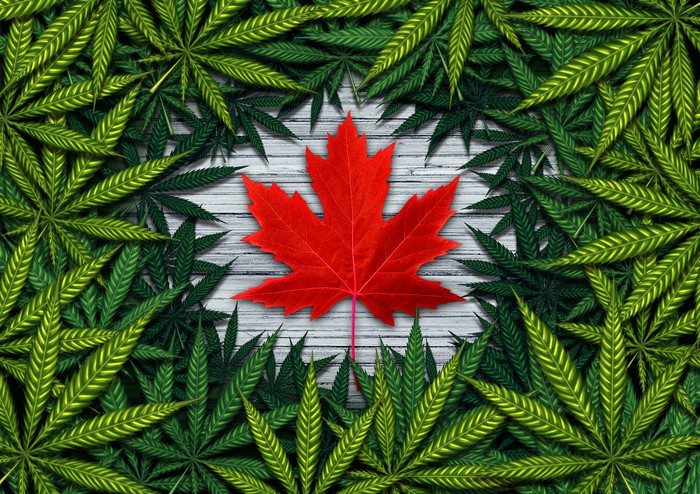 Legal cannabis is growing in popularity without any doubt, and since October 17th, 2018, Canada is also in the game. What does that mean for the Canadian stock market, and is it worth the investment?

Many investors see that the world is shifting toward legalization and believe that investing in the marijuana industry will surely pay off. However, at the end of 2018, Canada (which is the world’s larger cannabis market) announced its supplies are running out. This triggered a rout in share prices.

Before determining if investing in the pot industry is really worth it, let’s look at some numbers.

KGK Science Inc is a global research organization specializing in natural product research, development, and regulatory advice targeted at individuals, governments, small, and large companies. Below, we’ll use statistics from their reports.

Among the 3156 participants who completed the survey, 50% identified themselves as male and 50% – as female, of an average age of 40 years. Most of the participants reported using marijuana for recreational purposes, followed by anxiety and pain.

So what do all these figures mean for the Canadian cannabis stocks? Well, the highest percentage of the participants claim to use cannabis on a daily basis, and marijuana is used more for recreational purposes than for medicinal. Would you put your money on the Green Rush after having this knowledge? Wait, don’t answer yet, let’s move on.

Canada’s openness concerning cannabis encourages economic growth and scientific innovation, and legalization is expected to loosen the barriers to the access and research of cannabis and cannabis-related products. A Deloitte report published in 2018 revealed that the recreational cannabis market will generate up to $4.34 billion in sales in 2019, with an additional $510 million to $1.04 billion to be generated by the illegal cannabis market.

The report also shows a paradigm shift in marijuana consumer demographics, suggesting that an older population aged 35 to 54 years versus the typical consumer age of 18 to 34 years will now enter the market due to the fact that the Canadian government now provides a safe and standardized product. The Canadian cannabis stocks expect a $6-billion industry.

As the first G7 nation to fully legalize cannabis, Canada has the first mover advantage to establish itself as the leader in this field. The potential birth of a multi-billion-dollar industry is making other nations across the globe look up to Canada in an attempt to stamp out illegal sales and turn this billion-dollar black market into a legal enterprise.

A minute ago, we were thinking about investments and stock markets, but it seems like we should look into the bigger picture. If Canada plays its cards right, this multi-billion-dollar industry is not just a gold mine for investors but will also generate stable taxpayers and create thousands of jobs. Many nations will try to replicate this success, and Canada will be credited as a good example.

Truth is, We’re Not There Yet…

In reality, there is still a big knowledge gap in the understanding of the 2 cannabinoids, THC and CBD, product formulas, routes of administration, and the effects of use in the presence of other conditions. Currently, most of the studies focus on the pain management benefit of marijuana and the treatment of mental health conditions. Also, the relationship between product preferences in ethnic and indigenous groups have not been extensively researched yet.

This also puts Canada in a perfect situation as it has a multi-ethnic and multi-racial population that provides opportunities for detailed analysis when conducting clinical trials for the supplement industry. Having a better understanding of the prevalence and patterns of use, companies can narrow the scope of their products to a target population.

Numbers show that a lot of people are using marijuana on a daily basis for recreation and medicinal purposes mostly. Without any doubt, this sector opens new jobs and provides stability for the economy, and the need for scientific analyses requiring finances is also a good investment opportunity.

In other words, things are looking great, and the Green Rush in Canada will most likely serve as a good example to other nations in the near future.