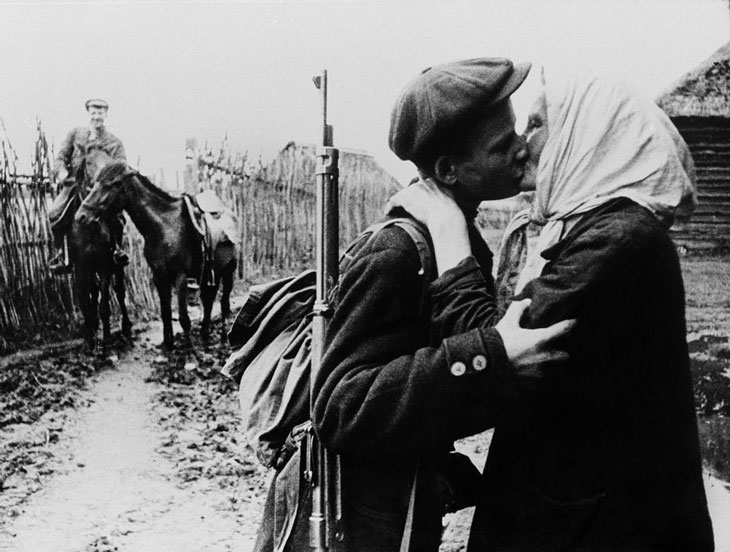 Kissing has been practiced for centuries. It is a gesture of simple affection, humility, respect, and fiery passion. Kissing has many benefits and is the source of many of our modern traditions and idioms. Here are six fun facts about puckering up:

Origins of the Kiss

Some anthropologists believe kissing originated from the practice of “kiss-feeding”, in which a mother premasticates food before pushing the softened meal into her child’s mouth. Such mouth-to-mouth nourishment was common in primitive cultures. Another theory suggests that the kiss represents the union of two souls. In ancient Indian, African, and European cultures, two people put their faces together to exchange the breath of life, thus intermingling their souls.

When American and British soldiers came home from WWI, they greeted their significant others with the open-mouthed, tongue-probing kisses they had learned overseas. The gesture was as shockingly sensual as the French were known to be; it was termed a “French kiss” in a slanderous jab at oversexed Europeans. Today it is a symbol of pure, amorous love.

Kissing as a Contract

The kiss concluding a wedding ceremony is akin to a contract signature. In times when most men were illiterate, they marked a contract with a simple “X”, symbolic of the Christian cross. They then kissed the cross signature, thereby “sealing it with a kiss.” To this day, the letter “X” is used to represent a kiss in correspondence.

Lipstick and the Devil

In ancient times, the mouth was considered a dangerous area of the body, a portal through which demons could enter to possess the innocent. The color red was believed to ward off these spirits, so men and women coated their lips in red ocher to protect themselves against invasion. It may have repelled the demons, but early lipstick had an alluring affect on humans, making lips more sensual and kissable.

An amorous, tongue-twisting kiss works all 34 facial muscles, smoothing out the skin for a more youthful appearance. Kissing burns anywhere from two to six calories per minute, floods the body with endorphins, and even boosts one’s overall immunity.

Passionate kissing increases the production of saliva, which washes away plaque and introduces protective mineral ions to ward off tooth decay. Of course, kissing cannot replace regular, but it’s a fun preventative measure.

Kissing brightens hearts as well as smiles. It has nourished our bodies, protected our souls, and proclaimed our love throughout history – proof that a kiss is anything but “just a kiss.”