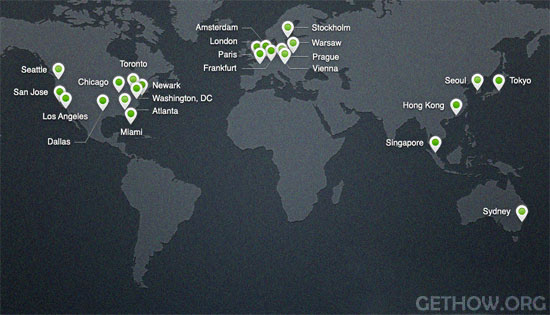 A CDN (Content Delivery Network) System is network of several computers which is also known as a Content Distribution Network, where all files containing within main computer server gets copied to various sub computers which is located at different locations of world. This allows main computer server to settle down himself from their heavy loads and poor performance during high traffic availability. CDN is a large distributed system of computers and servers which is deployed in multiple data centers over internet, which finally facilitates users to get high availability and high performance during time of high traffic also.

Today normally webmasters have their own websites which has a single host server which is located at any particular place and whole world access that single server continuously this results in heavy load on server when the traffic demand is more. Some times in heavy loads website gives communication error and access denied like message where visitor gets irritation to access your web pages. So you need to allow your server to get divided according to the need of traffic, here if you have web server hosted at Washington DC then you need to deploy some more sub servers which uses the one time cached or copied files from main server at those location where traffic demand is more. Here the main load on servers gets divided according to the country and visit gets quick response from your web pages because the distance between your server and user gets shorten.

When the CDN network used instead of traditional network the availability of access to server gets optimized in terms of speed and performance both the ways. But there are some benefits of it with several problems.

Benefits of CDN : You will get higher performance and availability with great speed, where less load is taken by the main servers. There are so many organizations provide to use CDN for free or paid bases. At time of rebuilding and construction of your web pages you can serve the last available pages which was exists in the sub computers already, where user would able to see your website as running perfectly when you are in construction or development mode.

Problems of CDN : It uses the caching and copying techniques where live changes are not visible to all over the world instantly. You need to purge the cache and copied files to rebuild the CDN networks again. This action does not take more than some seconds of yours and five minutes of data centers’ server.

On internet there are various Companies which provide CDN Systems for free or paid both way which named as – CloudFlare, Amazon CloudFront, MaxCDN, EdgeCast and Akami. You need to open an account and point your DNS Server names to their specified DNS Server names.

Content Network Delivery system is the future of web where maximum performance is the target of all the webmasters and website hosts.

2 thoughts on “What is CDN (Content Delivery Network) System”