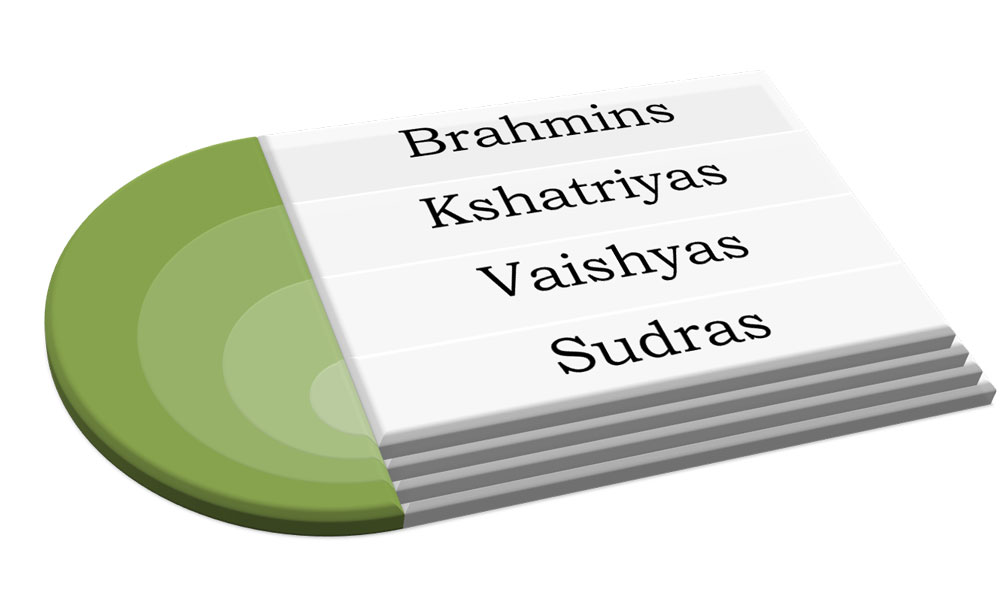 In Hinduism, Varna is known as Category (it’s not caste) which was divided in four parts in ancient time named as Brahmins, Kshatriyas, Vaishyas, and Shudras.

In ancient time when men lived in caves and hunted animals for his survival, there was only one profession, viz., to hunt and provide food to the family. In addition, they were also providing protection to old, ladies and children.

As man evolved from caveman to a man of agriculture, human habits developed in the form of villages. This resulted in the formation of multi-professional society and various classes of professions like, producing, marketing, education, maintenance of infrastructure, protection society from invaders, etc. This required proper and just division of labor so as to have a harmonious and peaceful co-existence among different groups of people.

According to social psychologists, each individual is mentally and physically designed to a certain kind of profession and this understanding lead to the evolution of social class system in ancient India. It was considered as Dharma to conform to the rules and practices laid for each social class called Varna.

The four Varnas are as follows,

It was the Swadharma of the individual to follow profession of their respective class. Initially, these social classes were based on the nature of the person and were not based on their origin of birth. Even a person of Vaishya community would become Kshatriya and vice-versa. But, over the periods, the Varna system was restricted to the social class in which a person was born. This restricted their growth potential. However, with the passage of time, this restriction has gone.

These days, an individual, irrespective of social class free to get him self educated and choose any profession.

Though the Varna system was designed for a good cause it lost its true purpose and was degraded. The disadvantages of Varna system are as follows:

This is how, the Varna System were existed in Hinduism in ancient India.