Rooting android smart phones are the task of geeks but today almost everyone knows much about it. If you are one who does not aware with this then let’s have a look to this information on reasons to root your android smart phone devices. 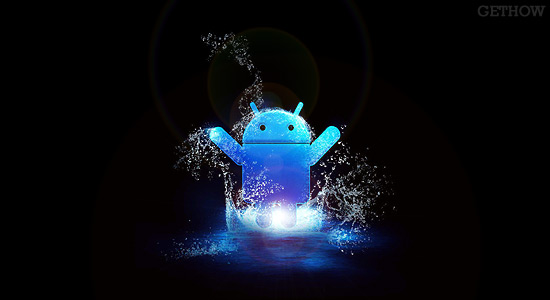 Before telling you so much about the features, first understand the rooting and benefits of rooting an android device. The word “ROOT” is derived from Linux terminology which means having complete permission over all the system file and hardware. Rooting allows you to access the administrative tasks which are primarily hidden from end users and accessible only by manufacturers only. In simple Rooting is just a process of unlocking the locked or hidden features of a device.

There are bunch of reasons which makes you completely ready to root your android based smart phone device. Let’s see those features one by one in detail.

From so many years ago we are awaited a lot for the official release of the latest android version updates. When they come we still wait for the device manufactures update by which we can update our device manually. But rooting will able to solve the long waiting process because you do not have to wait for manufacturers update. Once update is released by Android Developers you can get the source of update and update it manually.

In Android Market Place really there are millions of apps in which so many apps works only in rooted phones. Here it becomes possible to download and use the apps which needs root permission.

Taking screenshots are fun of your current display. This benefit is provided in latest Android 4.0 and later ones only. For older versions we need to root the android smart phone device. Once you root the device you can also take screenshots any time anywhere.

Backup is primary job we do every time to safeguard the position of your smart phone. We may come in trouble if backup is not available. Without rooting you can also take a backup but that saves your apps data and files. By rooting the smart phone you can even backup the settings also which makes your smart phone just like before it was after restore.

When we purchase a brand new smart phone there are many preloaded apps comes by default. Sometime we want to remove any app which we found nothing interested and not of use, but terrifically we cannot remove them. This eats the space of storage memory. By rooting your android smart phone you can delete theme and free up the space also.

Once you buy a phone without knowing much about it, it happens that ROM is less that needed. In this situation speed becomes slow for some applications which you need to use. In this case rooting will helps you to customize the ROM memory up to an extended limit what your phone allows you to do. In this customization you can also update the version of operating system software and replace the boot screen animations with custom ones.

These are the top reason which encourages our mind to root our android smart phones and unlock so many hidden features which is usable only after rooting of android device.