Top 5 Beasts of the Prehistoric Deep

Dinosaurs may have been the lords of the land, but they weren’t the only giants of the prehistoric world. The ancient oceans were also inhibited by beasts of nightmare proportions. Liopleurodon, Basilosaurus, Dunkleosteus, Megalodon Shark and Giant Sea Scorpion are those ancient creatures which still found in deep of the sea. Let’s read more about them.

This savage marine reptile of the late Jurassic era grew to around 25 meters (82 feet), and preyed on prehistoric crocodile and other marine reptiles such as Ichthyosaurs. Liopleurodon is more than four time the size of a great white shark. 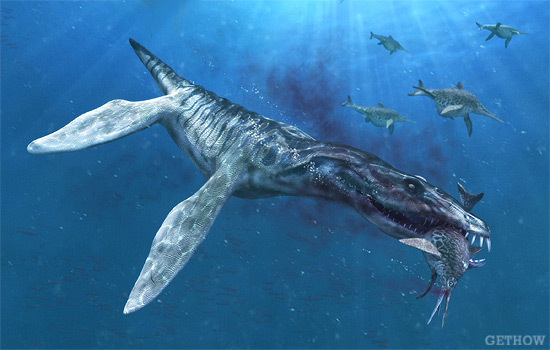 The erroneously named Basilosaurus (King Lizard) was not actually a reptile, but a deadly ancestor of the whale. Its long body is up to 26 meters (85 feet) which gave it an appearance more like a sea snake than a modern cetacean. 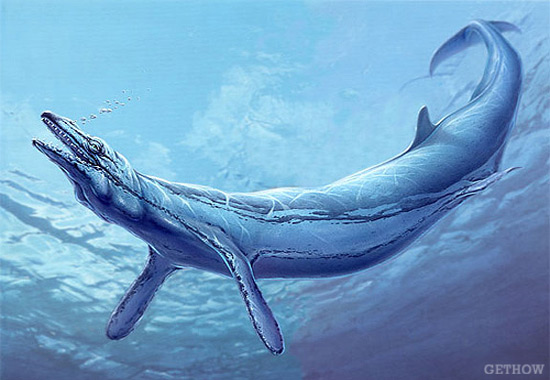 The massive (8~10 meters / 26~33 feet) fish had an amour plated head and two long blades instead of teeth, which is used to crush any prehistoric victim, it could find including sharks. 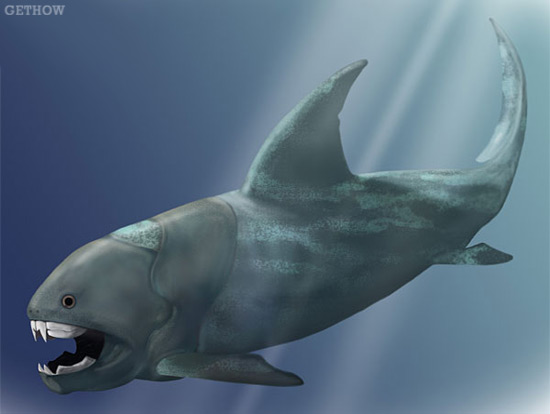 These fearsome fish may have grown to lengths of 16 meters (50 feet) and had the most powerful bit of any creature known to have existed on Earth. 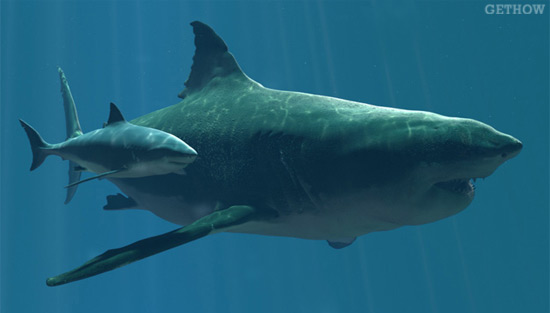 The discovery of a huge fossilized claw in 2007 revealed that giant sea scorpions of coastal swamps may have measured up to 2.5 meters (8.2 feet) which is quite bigger. 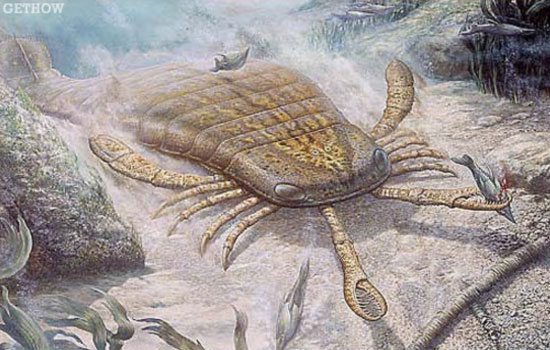 These are some of the creatures or beasts of the prehistoric deep.