The Top 10 Heaviest Dinosaurs Ever Discovered

Dinosaurs are the past living beings, when human being comes in to the Earth. So many numbers of dinosaurs has been discovered from last some centuries and out of these they are divided according to their features. Here we are discussing about heaviest dinosaurs ever discovered. 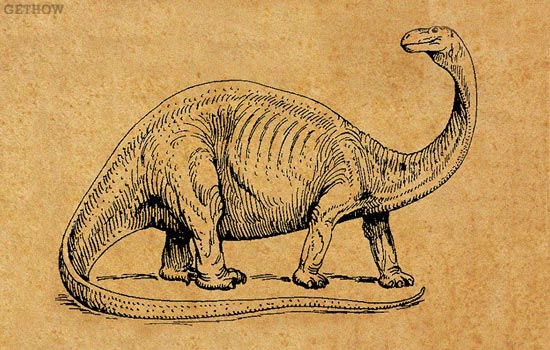 Let’s see who are in the top 10 list of heaviest dinosaurs race.

Fossil remains of the dinosaurs were found in southern India. Some authorities have estimated it as having weighed as much as 220 tons, more than a blue whale, but such claims have been questioned.

Its massive size, with a length of some 25 Meters (82 Feet) has been extrapolated from vertebrae fragments discovered in Colorado in 1877, but since lost.

Its huge size has been estimated from partial remains found in Patagonia in 2001.

An Argentinean farmer discovered a 1.8 Meters (6 Feet) bone in 1988. It was found to be the shinbone of a previously unknown dinosaur, which was given the name Argentinosaurus.

Known only from vertebrae discovered in Oklahoma in 1994, its name means ‘Earthquake Lizard God’.

Remains discovered in 2001 in the Sahara Desert in Egypt suggested that this was a giant plant eater ever.

The creature’s thigh bone alone measures 2.3 Meters (7.5 Feet) and a total length of 18 Meters (60 Feet) has been estimated. Some authorities have put its weight as high as 80 Tons.

The largest dinosaur yet discovered in Europe, remains of Turiasaurus were unearthed in Spain in 2003.

Fragments of Supersaurus were unearthed in Colorado in 1972. Another more complete specimen, known as ‘Jimbo’, has been discovered in Wyoming and is undergoing examination.

The weights are estimated as per the objects found in fossils and manipulated with the help of scientific systems. The dinosaurs were the history and get into such histories us human’s habit.

2 responses to “The Top 10 Heaviest Dinosaurs Ever Discovered”