Recycling has become part of our national consciousness, with most of us having a recycling bin which is collected every couple of weeks. Paper, cardboard, plastic and glass can all be recycled and as our awareness of the limits on our natural resources grow, so more and more of us realize the importance of recycling and reusing these precious commodities. 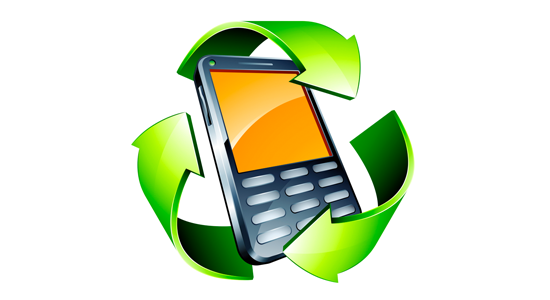 One relatively new area of recycling is that of mobile phones. As mobile technology continues to grow apace, it can feel as if we’re changing our phones frequently. With contracts reaching an end, upgrades on offer and a hankering for the latest handset, many of us can end up having a drawer full of unused handsets.

Although you may want to keep one handset as a spare, there isn’t any point hanging on to old products as it’s highly unlikely they’ll ever be used again. By looking at mobile phone recycling online, you could make some money for your old handset and it could be put to far better use than being sat wasting away at the bottom of your drawer.

A New Lease of Life

There are plenty of websites around offering cash for mobiles, so check out a few and compare some prices as they may vary from place to place. You’ll be asked for the make and model, or the IMEI number (usually found on your battery), which will generate a quote. Although handsets are subject to wear and tear, it’s very unlikely that you will have used it so much that it’s in an unworkable condition. Once you have sent it for recycling, it will be stripped of all its data, restored to its original settings and shipped off to places all over the world to start a new life. Places like China, Africa, India and Pakistan are heavily reliant on mobile phones as there are few land-lines there, so your reconditioned handset will find a new home and you will be better off as a result.

Occasionally, a mobile phone is so old that it can’t be reconditioned, but it’s still worth sending off for recycling as it’s packed with valuable parts and components which can be reused independently, such as flash memory, batteries, chargers and precious metals like gold, silver and titanium. Sometimes, it can even be possible to put several components together from lots of phones in order to make one good new one.

So, next time you are offered an upgrade or fancy taking the next step up the mobile phone ladder, pause to think about what is going to happen to your current handset. Rather than languishing forgotten somewhere, it could be winging its way across the world, giving someone a great new opportunity for communication or being combined with other similar phones to create a whole new handset. Don’t forget that you’ll have some extra cash in your pocket too, which you can put towards your shiny new phone… until the next one comes along.