Know-How of the Universe : Stars 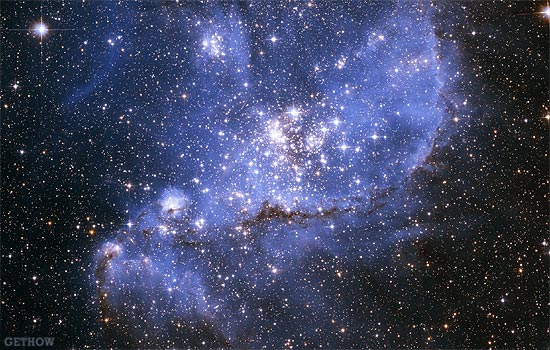 The color of a star is determined by its temperature. The hottest stars are blue and the coolest stars are red. The Sun, with a surface temperature of 5,500 Degree Celsius, is between these extremes and appears yellow. The energy emitted by a shining star is usually produced by nuclear fusion in the star’s core.

The light emitted by a star may be split to form a spectrum containing a series of dark lines which is also known as Absorption Lines. The patterns of lines indicate the presence of particular chemical elements, enabling astronomers to deduce the composition of the star’s atmosphere.

The magnitude and spectral type or color of the stars may be plotted on a graph called a Hertz Sprung-Russell diagram, which shows that stars tend to fall into several well defined groups. The principal groups are main sequence stars, those which are fusing hydrogen to form helium, giants, supergiant and white dwarfs.

These are all about stars of the universe.