Know-How of the Universe : Small Stars

Small stars have a mass of up to about one and a half time that of the Sun. They begin to form when a region of higher density in a nebula condenses into a huge globule of gas and dust that contract under its own gravity. Within a globule, region of condensing matter heat up and begin to glow, forming protostars. If a protostar contains enough matter, the central temperature reaches about 8 Million Degree Celsius. At this temperature, nuclear reactions in which hydrogen fuses to form helium can start. This process releases energy, which prevents the star from contracting further and also causes it to shine and glow in the Universe. 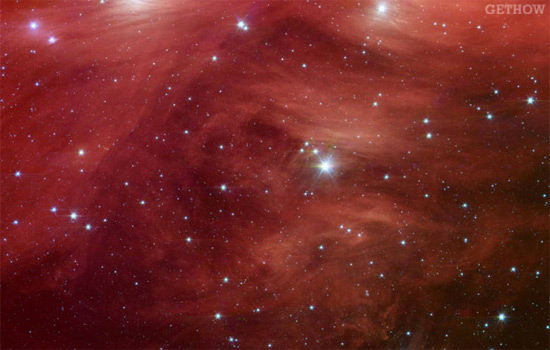 This is now a main sequence of star is stars from here. A star of about one solar mass remains one the main sequence for about 10 Billion years, until much of the hydrogen in the star’s core has been converted into helium.

The helium core then contracts and nuclear reactions continue in a shell around the core. The core becomes hot enough for helium to fuse to form carbon, while the outer layers of the star expand and cool.

The expanding star is known as a red giant. When the helium is the core runs out, the outer layers of the star may be blown away as an expanding gas shell called a planetary nebula. The remaining core about 80% of the original star is now in its final stages which is action time of these small stars.

At the end of its life cycle it becomes a white dwarf star that gradually cools and dims. When it finally stops shining altogether, the dead star will become a black dwarf just like a dead star.

These are all about small stars of the universe which is a symbol of cool stars also.