Know-How of the Universe : Massive Stars

Massive stars are none other than a big and giant stars. Massive stars have a mass at least three times that of the Sun and some are as massive as about 50 suns. It is just like a simple star with a great size than small stars. The every process of massive stars is bigger than the small stars and its reaction also emits a huge amount of light. 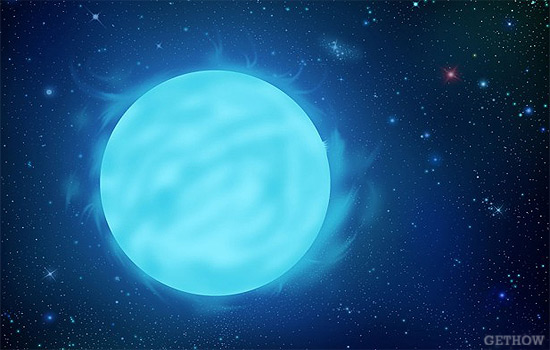 A massive star then becomes a red supergiant, which initially consists of a helium core surrounded by outer layers of cooling, expanding gas. Over the next few million years, a series of nuclear reactions from different elements in shells starts around an iron core.

The core eventually is a reaction from different elements in shells around an iron core. The core eventually collapses in than a second, causing a massive explosion called a supernova, in which a shock wave blows away the outer layers of the star.

Supernova shines brighter than an entire galaxy for a short time. Sometimes, the core survives the supernova explosion. If the surviving core is between about one and a half three solar masses, it contracts to become a tiny, dense neutron star.

If the core is greater than three solar masses, it contracts to become a black hole.

These are all about massive stars of the universe.