How Does a Robot Works

Robots are machines that can carry out a variety of tasks on their own, with little or no human control. Most robots are mechanical arms used to build things in factories. The end of the robots can be fitted with different tools for gripping, drilling, cutting, welding and painting. Robot toys have become more popular, too. They incorporate sensors that respond to sounds and sometimes touch. Some of them can even understand spoken words. Scientists are also trying to create more advanced human like robots that can see, hear, learn and make their own decisions. 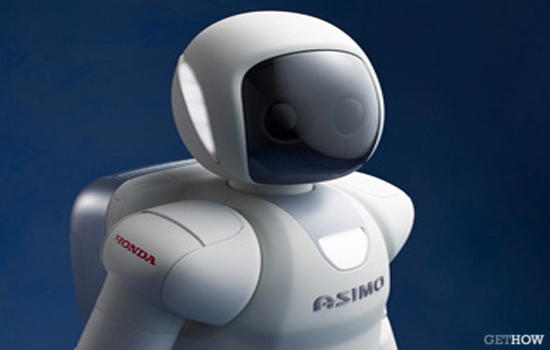 Today there is a high tech robot is developed which is totally near to us in all actions is made and named as ASIMO. The robot ASIMO is developed by the Japanese car manufacturer Honda and it is one of these advanced humanoid robots. ASIMO stand for Advance Step in Innovative Mobility. With help of Artificial Intelligence scientists are trying to create a robot which can do things 100% like humans or even much better than human’s limits.

How Does a Robot Works 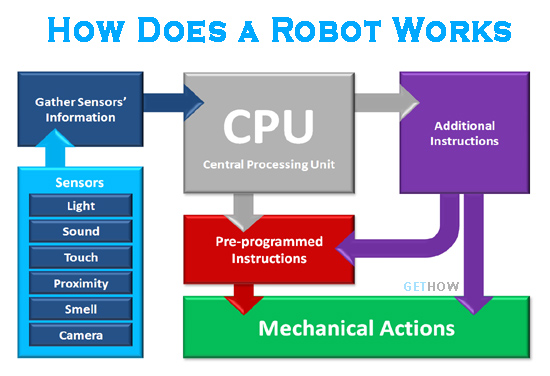 Some time robots can neglect the commands those all kinds of problem is handled by the Additional Instructions. Because wrong input can give wrong and harmful output thus additional instruction is made necessary to be built in Robot Systems to ensure that no dangerous actions are going to happen.

Our Future Expectation from Robots

Today we have only dream of Robots in real life but it is limited to special units only at higher positions. But we have a future of having these things in our real life. We have some practical movies on robots which are made for just entertainment with awareness of how robots can go wrong if misused.

But nothing is limited in 21st century we are the thing ahead to robots.