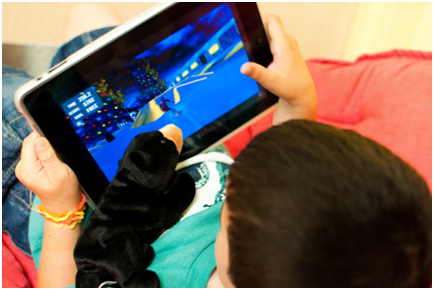 The controversy that “video games are harmful for children” is actively invading people’s perceptions; and still, it looks like a study has managed to demonstrate that games are not that bad after all. A recent paper called “Action Video Games can Make Dyslexic Kids Read Better” is trying to prove how video games can actually cure this learning difficulty in children.

The study wants to prove that young kids suffering from dyslexia with ages between 7 and 13 could real a lot faster after only 80 minutes of playing selected mini-games. In particular cases, the end results exceeded the effects of an entire year of standard therapy. In the beginning, the creators of the study considered that the idea was crazy. Yet, they were aware that action video games had the ability to boost attention. They went ahead with the concept, and thus they managed to prove that video games can boost reading abilities in kids with dyslexia.

One of the participants at the study mentioned that action video games might be helpful in remediating development conditions such as dyslexia. The research demonstrated that training focus without making use of language or reading training, can directly translate into better and improved reading abilities.

Dyslexia is a prevalent neuro-developmental condition that affects a huge amount of people around the world, not just kids. In spite of the dreadful side-effects, specialists are still debating its exact nature. In spite of solid scientific evidence, dyslexia is exclusively related to language problems. As a matter of fact, attention deficits are at the core of the condition and unfortunately, there haven’t been found a link between dyslexia and language issues.

Video Games and their Effects on Kids with Dyslexia

Video games have that unrivalled ability to uphold the attention of a child. Unfortunately, standard reading can’t have that effect. Believe it or not, some games have proven to be extremely beneficial in treating the condition, and the one used in the study was Ubisoft’s Rayman Raving Rabbids released almost 6 years ago.

Researchers found that the game was perfect because it was closely based on criteria like moving objects, speed of temporary events, peripheral processing, and unpredictability. All these game traits permitted researchers to differentiate which of the elements present in the game highlighted positive results. The reading abilities of the kids were only improved when subjects played games that pleased the ‘action’ criterion.

Rumor has it that if computer games can massively boost the reading habits of dyslexic children, we could expect to witness a dramatic upgrading in reading levels in general, providing that such responsive games become available and supported by the parents.

Believe it or not, video games can help dyslexic kids read better. The problem is that not many people are willing to admit that – at least not now anyway. There have been numerous studies performed on dyslexia and almost none have given accurate results. It’s amazing how narrow-minded we can be. “Action Video Games Can Make Dyslexic Children Read a Lot Better”, the paper published in Science Direct never claimed that the study improved precision – it was just meant to improve the number of words dyslexic kids could read per minute.

Action video games are not meant to teach kids how to read; kids already know how to that on their own. Certain video games recommended by the study in questioning were just meant to boost processing speed and fluency. There’s nothing wrong with helping your children develop better reading abilities, especially if he’s suffering from dyslexia, a condition that’s extremely difficult to manage and almost impossible to overcome completely.