Benefits of an Acetylene Torch

An acetylene turbo torch is generally used for cutting metals. The oxy-fuel cutting process involves the combination of an oxygen source with a gas source, during which acetylene gas is used. Acetylene torches are also used for welding, which is why they are   sometimes also called welding torches. Acetylene is shipped in special containers for safety reasons, because if it becomes unstable it may explode, which may result in a disaster. 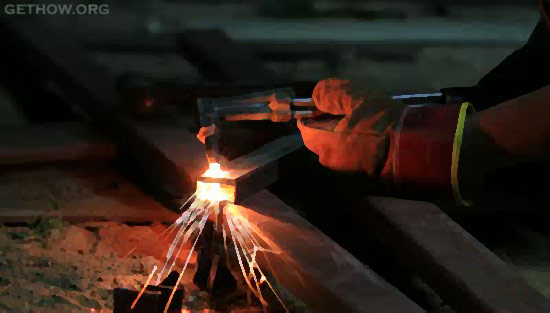 An Acetylene Torch may be used for different purposes, such as cutting metals for fashionable art work or salvaging. Acetylene gas is generally manufactured by mixing calcium carbide with water. Calcium carbide is formed by mixing lime and coal, and heating it in a furnace at a temperature of around 2,000 degrees F. When acetylene and oxygen is mixed, a flame of 6,000 degrees F is produced, which can cut almost any type of metal.

The demand for acetylene welding equipment has increased a lot over the last couple of years. This is mainly because these torches are portable and less expensive. Acetylene torches are used in a variety of different industries, such as welding, pipe fitting and motorcycle building. Here are some other areas where these torches may be used.

Whenever you are working with an acetylene torch, you should always wear safety gear like goggles or a face-shield. You should also use welding gloves. Here is a list of basic equipment used by workers who operate acetylene torches.

Always inspect the equipment carefully before using. Make sure all components are connected correctly, and that there are no loose couplings or leaks. Also ensure flashback arrestors are in place, and the proper hoses and gauges are connected to the proper gas cylinders. Make sure the acetylene tank is kept at a constant pressure of 5 PSI. US regulations recommend keeping the acetylene tank pressure to below 15 PSI, and the oxygen pressure at 10 PSI.

Please remember to NEVER operate a welding torch without proper hands-on training from a professional. Once the equipment has been checked and the proper nozzle for cutting or welding has been attached, you are ready to start your job. The last step is opening the acetylene and oxygen valves, located on the tank and handle of the torch. You can easily tell them apart, because a cutting torch has three pipes that lie 90 degrees to the torch, and they also have an oxygen trigger.

A cutting torch can cut metal and steel. In the cutting process, a lot of heat is produced, during which other materials might catch fire or get melted. To cut a metal, you first have to heat it with the flame until it gets extremely hot and glows red. Once the material begins glowing, pull the oxygen blast trigger to mix the oxygen with the heated area. This results in the formation of iron oxide, which produces even more heat, thus completing the cutting process.

The acetylene flame can be adjusted, by either increasing or decreasing the oxygen supplied. A neutral flame is generally used while starting, which is later adjusted by the welder to suit his/her needs. An excess of acetylene can result in a carbonizing flame, which is characterized by three different colors, which results in different heat levels. This is usually observed when oxygen is first added to the flame. Basically, there are three different flame adjustments that can be made to the acetylene flame.

You can learn how to use an acetylene torch by taking classes, through an apprenticeship program, or through on-the-job training. One must definitely practice safety procedures whenever working with an acetylene cutting torch. They can be very dangerous, and training is certainly needed.

If you have any questions about this technology, which cutting torch would be right for you, contact any welding machine shop or dealer, who will explain things to you.