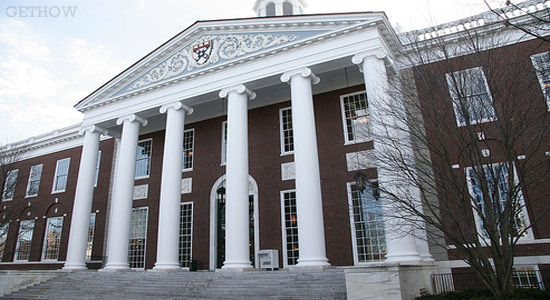 Pursued by many types of students, a business degree or an MBA offers knowledge useful for a variety of industries. A business degree helps with starting one’s own business, and also in obtaining jobs beyond entry level work upon leaving college. There are many schools around the United States that will offer a superior education in business, but certain schools do rise above the rest for reasons of quality, history, and reputation.

Followings are the 5 best business schools that get you a high paying job.

Usually jockeying for first position with Harvard University, the business school at Stanford University accepts even fewer applicants than Harvard with an acceptance rate of just over 7 percent. Costing over 57,000 dollars a year, Stanford’s business school currently boasts 3 Nobel laureates as part of its faculty and routinely receives over 7,000 applications for enrollment every single year.

Maintaining one of the most respected reputations for business schools in the country, the Wharton School of Business has long offered incredible business graduates to industries around the United States. Accepting around 20 percent of applicants, the school has a current enrollment of around 1,600 students. The Wharton School has an incredibly long history, having been founded in 1881.

Long associated with academic excellence, the business school at the Massachusetts Institute of Technology is an exclusive group of students numbering just over 800. Tuition at the Sloan School of Management is around 58,000 dollars a year, but graduates enjoy a healthy income with the Class of 2012 reporting a mean salary of almost 120,000 dollars a year, which far exceeds the median salary in the United States of just over 50,000 dollars.

The schools at the top of the list for the best business schools in the nation each share an incredible history for education and training of the best minds of the business world. These schools encourage the use of traditional business standards along with advanced business programs. Although one school must always be crowned the victor in lists of the best schools in the nation, each of these institutions of higher learning offers exemplary opportunity for future business success.